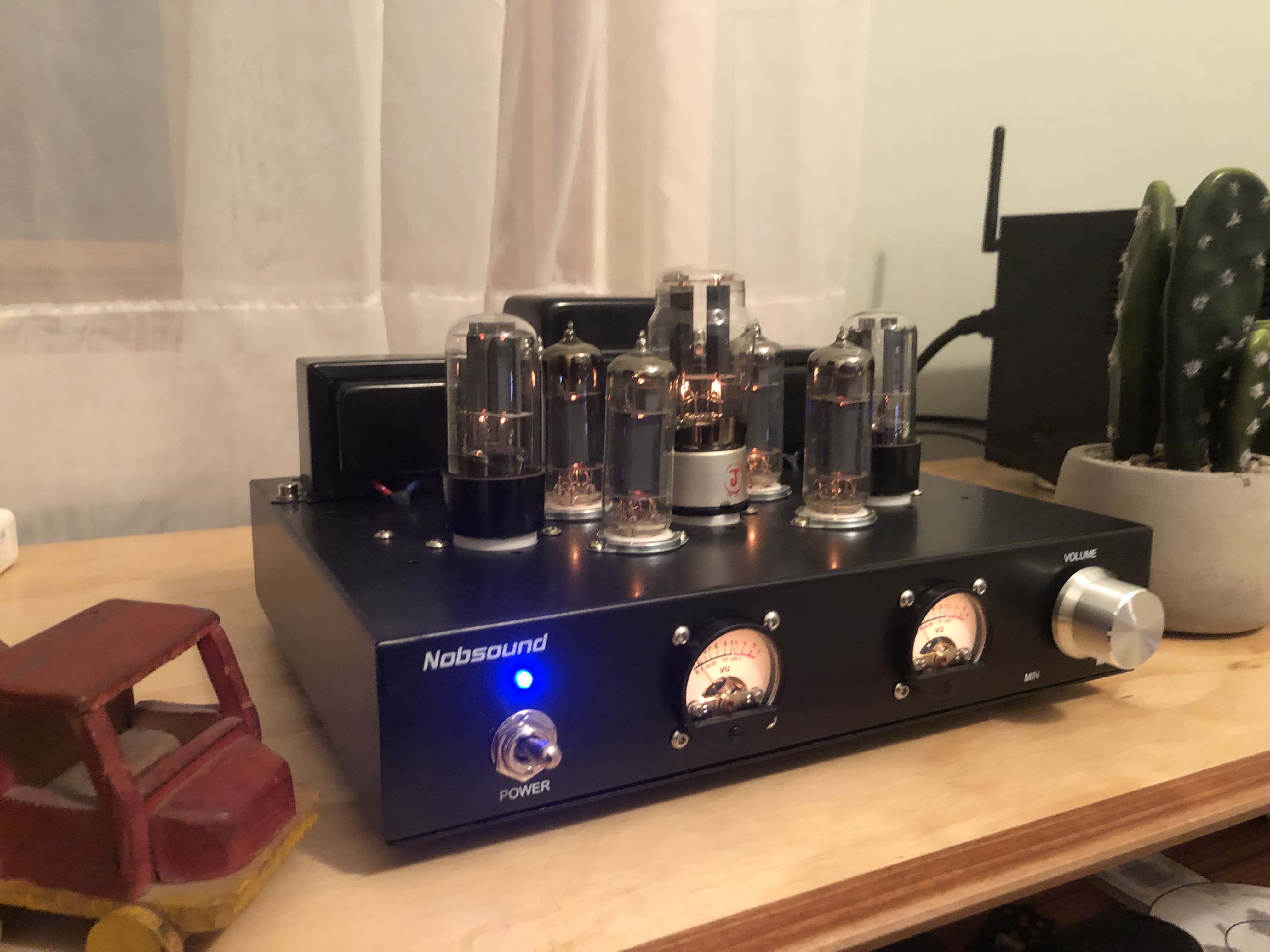 are they worth it?

Certain aspects of vintage audio are coming back into the mainstream as of lately. Two of the most notable are Tube Amps and vinyl. Today we are going to review a couple of Douk Audio, or Nobsound Tube Amps (depending where you buy them). I personally use their Headphone Amp and their Stereo Tube Amp, I will post links to both at the end.

The first and most obvious appeal to the Chinese brands, this case Douk Audio is the price point. You will not touch even a used working tube amp from one of the big manufactures such as Dynaco or McIntosh for anything close to the price of one of these. That is not to compare them at all, however if you are new to tubes and not sure where to start the cost of entry starting usually well into the thousands can be off putting. I have listened to both McIntosh and Dynacos in person and they are incredible, if you have the money you will not be disappointed, though for the money Douk Audio is surprisingly pleasant as well. My 6P1 vacuum tube amp is a single ended stereo amp rated for around 6.5 watts. That is one of he big reasons for the cost, consider an Mc240 is 40watts per channel and a ST70 is 35. The amp will not push massive or even some vintage speakers due to the power requirements as well as sensitivity. With much higher efficiency speakers, think 92db or better, the amp does well with its 6.5 watts. It pushes my Martin Logan LX16’s very nicely.

The sound is pleasant, you can turn the unit up rather high with very little distortion. It is virtually undetectable at my normal listening volumes. It will certainly play well with the warmth of a phono stage, that said you will need some type of preamp for this unit. I use a Marantz SR7009. I notice that it pairs extremely well with Jazz. This unit will not produce significant low frequency power. Though sometimes common with lower wattage tube amps so a powered sub may be a nice addition to your system if you do not have one already.

I think the big question on everyone’s mind when it comes to the Chinese made amps is hows the quality. While there are few items I have taken a chance on both audio related and otherwise, I think the big thing is it is hit or miss. Another crucial manufacturing process that eats up capital is quality control and testing. That is to say that while my example works flawlessly and has for a couple of months now with near constant use, yours may not even turn on. I do not want to scare you away from this little gem, however there are reviews that state just that, or other issues with a channel not playing or so on. The amp does have overwhelmingly positive reviews though, and that is the case for most buyers. My example feels very solid and has a great finish. I also have no audible hum when music is not playing unless my ear is actually to the speaker with the gain turned all the way up. The VU meters on the front are a nice touch as well. However the bright blue LED on the front is a bit much.

While I do not intend to get into the cable debate in this post, it may be worth mentioning I use Audio Quest interconnects as GearIT gold plated banana ended speaker wires. It may help to reduce any residual noise, or it may not, your mileage may vary.

One thing to note with these amps is that they use uncommon tubes in many cases. Its not like a 6l6 or KT88 or 300b amp that is almost ubiquitous. You may have trouble tube rolling on one, however direct replacements seem to be plentiful.

While I will not go into a ton of detail I also own and use daily one of their hybrid tube/solid state headphone amps. This is more of a novelty than anything as the tubes are not power tubes, or so it seems through some research. It will still amply your signal and it does alter the sound somewhat and is fun to play with. It certainly is conversation piece on my desk. The tiny amp pushes my Audio Technica ATH-M40x headphones with ease, though with the impedance of them it should. I have noticed an occasional buzz or hum from the amp at random, when there is nothing playing. It hasn’t developed much at all, and it doesn’t really bother me much personally as I plan to replace the tubes with upgraded ones soon anyways.

All told I am happy that I purchased both amps. Their price points really bring the tube world into the realm of possibilities for many more people. They may just be the reason you later on can justify the cost of one of the high end setups.

One thought on “Cheap Tube Amps”