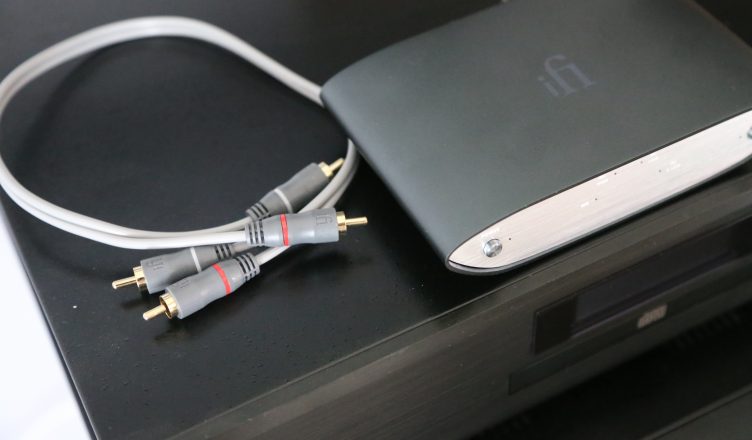 IFi sent over the Zen Phono, one of the Zen line products we actually hadn’t played with yet. At $199 it fits right into the price point of the Zen lineup. Does the sound line up with the Zen DAC, Amps, and so on? We tested it with both and Ortofon 2M Blue (MM) and an Ortofon Quintet Blue (MC). We compared the Zen to the built-in phono stage in my LP-7 and my Marantz SR7009. The only comparison I could not make is trying the Quintet on the Marantz as it does not have an MC phono stage. Which if for no other reason is probably the easiest use case to make for the Zen Phono. Many integrated Amps do not have the ability to use MC cartridges built-in. So did the Zen bring us analog bliss or is it a miss?

Getting the Zen Phono ready to go is really easy. You just need to unplug your interconnects from your preamp, plug them into the input side, move the ground over to the Zen and then use the included or another set of interconnects to connect it to any of your analog inputs on your Preamp. Plug in the wall power adapter and turn it on using the power button on the front. In case this is your first time using an external Phono Preamp, make sure you do not plug it into the phono inputs on your preamp. Next using the Dip Switch on the back, select the mode you need depending on your cartridge type.

You also have the option of switching on the subsonic filter. I would leave this off at first and listen to something you know well and then try listening with it on to see if it offers you an improvement. The filter is designed to reduce rumble and aid with warp. There is not a notice cost for this to be on. Usually, when correcting one issue, it means sacrificing something else. After a few listens I just left it on for the rest of the time I listened with the Zen. Obviously, there are a near-infinite amount of variables so your mileage may vary. It is however a nice option to have.

I compared the IFi Zen Phono to the built-in MC/MM phono stage in the Audio Technica LP-7, as well s the MM stage in my Marantz SR-7009. At the price point of 200 dollars US I thought this would be a good real-world test. While you can of course use the Zen Phono with any turntable, there are many other options that may more appropriately pair with the upper end of turntables and cartridges. For the tests, I used two cartridges from Ortofon, the 2M Blue and Quintet Blue. I wanted to try and balance the test as best as possible so I chose similar “level” cartridges. I listened to a ton of different records, though for taking my notes I primarily used Taylor Swift’s Folklore, Modest Mouse’s Good News for People Who Love Bad News, and Moby’s Reprise. I chose these three for a couple of reasons, I am intimately familiar with the material, and they offer a great range of sound. Let’s take a look at some of the comparisons.

The differences are not major, for any of the comparisons, though they are noticeable. For the Moving Magnet test, I used the 2M Blue from Ortofon. The Zen was overall a little nicer to listen to than the LP-7’s built-in phono stage. Through the Zen, my sample records seemed to bring out more of the ambient sound from the recording space. When listening to Taylor Swift’s Folklore, you can sense the cottage setting it was recorded in. Dynamic recordings sound better, this is likely how the RIAA curve is applied. IFI carefully chose the capacitors and placed them in parallels. Records are compressed a lot to keep the stylus from jumping around in the groove from what would be bass frequencies. The job of the Phono stage is to apply the RIAA curve to decompress the signal, as well as to amplify the low voltage from the cartridge to the line level. The Zen also gives the transient sounds a little more space to shine. Again none of these changes are night and day, they are subtle but present.

Differences between Zen and the Marantz were more noticeable. I really wasn’t surprised as even in the higher level of AVR the Phono Stage is not a major selling point and often just seems like an afterthought. I would say the majority of people that buy a multi-channel AVR do not use it as I do, they put it in a theater and tend not to have a turntable even connected to it. I like my Marantz as a Preamp because of the multitude of connectivity options I have available for review comparisons. If I only needed a preamp for the 3 sources I use, it would likely not be sitting here. All that to say that if you are like me and using an AVR in your 2 channel set up you likely would be a good candidate for the Zen Phono. I know many people that buy used AVRs due to the price and availability, I got mine for cheap because the guy I bought it from was a cinephile and needed the latest Copywrite protection for 4K. Again I used Taylor Swifts Folklore for my first listening comparison.

The Zen offers a better sound stage, this and the imaging were the most noticeable differences. You get a better sense of depth in the recordings. This was especially true with Reprise from Moby as it was recorded with an Orchestra. You can really feel the presence and impact of having an entire Orchestra in your room. Not to say you do not feel the intimacy of Folklores recording. The Marant sounded a little closed in and a bit flat. It doesn’t seem to decompress the music as far, losing some of the top end and even more of the bass. I do prefer my LP-7’s phono stage over the Marantz as well. While I have not done direct comparisons, I would imagine Marantz would fair better in their dedicated 2-channel integrated amps than in their AVRs.

When listening on the MC, I noticed the LP-7 is a little louder than the iFi Zen, when it is set to MC High Output, and a little quieter than the iFi is set to MC Low Output. I am assuming LP-7 is splitting the difference to make it work either without needing separate settings. I chose to test the Zen set to MC Low Output, as the Quintet has an output voltage of just 0.5mV. The Zen keeps with the trend of having a more open and spacious sound, that seems a little more noticeable as the Quintet has more detail over the 2M Blue. Each difference is slightly amplified by using the Moving Coil as it is simply a more revealing cartridge. Also, the MC setting on the LP-7 doesn’t seem as optimized as the Zen, it comes across as if they simply added it to have it available if you wanted to use an MC cart.

Well, it is no contest, there is no MC input on the Marantz nor many preamps or integrated amps. This is very common, most entry-level and even some higher-end integrated amplifiers don’t have an MC Phono Stage. If you are in that boat, or by the size of it, a yacht, and want to try an MC, the iFi Zen is one of the least expensive ways to do it, and do it well. The LP-7 is even an outlier in having an MC stage, most 1000-dollar and up tables don’t have any type of preamp, and most entry-level tables that do have one don’t have an MC preamp built-in.

The Ifi Zen handles bass better than both the Marantz and the LP-7, it’s tighter and deeper. The transients are clearer and overall detail is enhanced over both but not by as much over the LP-7 with a MM. The Zen applies the RIAA curve extremely well, there is no distinguishable distortion even listen fairly loud. I don’t think this is a giant killer, but I would not be afraid to put it up against some of the more expensive options. IFi continues to use only top shell components in their circuits such as Texas Instruments ICs. I have talked about TI before and their quality.

I am a fan of the whole Zen lineup that we have tested out so far. The Phono stage is no different. IFi is lowering the bar to entry for good-sounding gear by offering products like the Zen line. We have said before that price does not equal performance, but typically more performance does come at some cost, but it doesn’t need to be outrageous. The Zen Phono is great for anyone looking to add MC capability to their setup, or even a phono stage in general. If you are using an AVR as your preamp or power as well, there is a chance it has no phono input meaning you need to buy a table with a phono stage. As you move up through turntables fewer and fewer will have any built-in phono stage. Even the SR7009 which was originally a $2000 AVR doesn’t have the best phono stage, I prefer the Zen to its built-in option. I would say if you don’t already have a dedicated phono amp and want to get into separates the Zen is one of the most economical options available. If you are eyeballing something from Project or Schiit you should add the Zen to your list of preamps to try out before you make your decision. I think this is a great product for people who are even fairly deep in the hobby but still using the built-in phono in their preamp. Separating out certain components typically will lead to better individual components over one trying to do everything all the time.

To find out how to purchase click the link below

IFi Audio provided Hifi Chicken with a review demo, IFi Audio nore any affiliates pay in part or full in exchange for a review 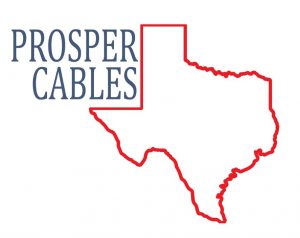