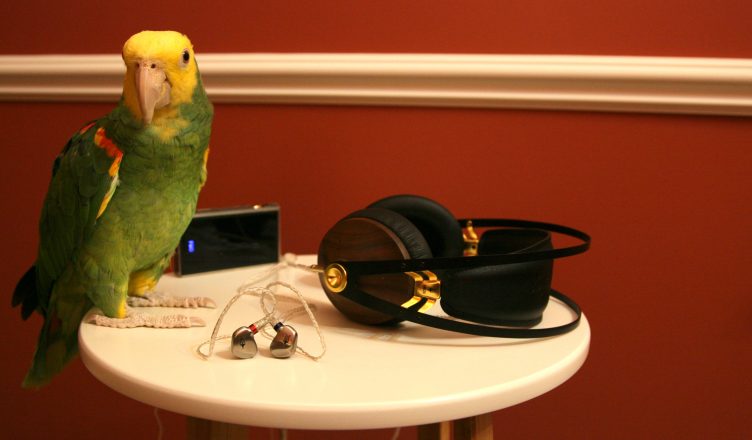 We received a pair of Meze Rai Solos a little while ago and have been testing them out. The Rai Solo is a $200 In-Ear Monitor that uses an interesting driver. Meze calls it their UPM driver, unlike most in-ear drivers that have the wires for the voice coil bonded to the back, the UPM driver uses a conductive membrane so there is no uneven weight distribution on the membrane. UPM stands for UNIFIED PISTONIC MOTION, which means that the driver moves linearly, unlike traditional drivers that may flex to one side a bit due to bonded wires. Unfortunately, there isn’t a perfect way to compare it to a standard as any other IEM will have other inherent differences as well. All we can really do is talk about how these sound overall, and see if there is anything that really stands out with this unusual driver.

As I expected with Meze after checking out the 99 Classics, the Rai Solo are beautifully presented in their box. With a little window letting you peer in to see what you will be enjoying very soon. The bodies of the Rai Solo are made from injection-molded stainless steel, which is hand brushed and left raw. They have a fantastic feel in the hand when you pick them up as well as both an aesthetically pleasing and comfortable contour. The removable silver-plated cable has a wire that allows you to form the first bit out of the body to your ear. I really like this feature as they have some weight to them and it takes the burden of holding them off your inner ear. Also in the box is a wonderful little carry case, with a somewhat rigid body to really protect your new IEM’s. Found in the case is a myriad of little bud tips to make sure you get the right fit.

Meze understands and prioritizes comfort along with the sound. I have said it before and will say it again, it doesn’t matter how good they sound if you won’t wear them. The 99 Classics are still my top headphone for comfort in any price range and one of the best sounding for 300 US dollars. I was very interested to see how the Rai Solo would feel as I am not really an IEM fan, as I have in the past found them to be uncomfortable and lacking in sound. Granted I never bought any high-end IEM’s as I didn’t want to spend much on a headphone type I didn’t really care for. Now in-ear options have come a long way since the early to mid-2000s in design. I am sure many of us remember the shape of the original Apple Earbuds, they were a circle shape with a rod coming down from the center for the wire. Most earbuds of the time were this shape and frankly, they were horrid feeling and sounding. For a long time, I just avoided IEM’s of any sort, then Meze sent over the Rai Solo. Once again Meze managed to nail comfort without compromising sound quality. That said I can not wear these all day like the 99 Classics, but I can certainly get far more time out of them before fatigue than any other IEM’s that I have owned. I played around with some different tips on them and found the ones that I liked best and got to listening.

The Rai solo is a detailed and meticulous IEM, they have striking precision that is immediately noticeable. There is clarity in the sound that I was not expecting from such a small driver. The highs are bright without being fatiguing or tinny sounding. Mids are very well represented as well with the Rai Solo, though the bass could be richer for my tastes. You have the low frequency, just not the punch so to speak of the bass. While I like bass, I am not a true bass head so for me, the Rai Solo was still very enjoyable to me. When Roger was listening to them, they didn’t really cut it for him in the bass department, so certainly if you are into punchy bass these may not be for you. I listened to them through a variety of sources including my Fiio M9, iPhone, Macbook, and the Heaven 11 Billie Amp. I like to see how headphones handle different DACs and amps, as well as see if they are resolving enough to show those differences. You do not need much of an amp to run these, your phone’s built in amp will do just fine. When I tested them against Apple’s Earbuds (wired) they are more sensitive and I had to lower the volume for the RAI Solo, all that said they will benefit from a better DAC. I tested using Spotify Premium as it is the only format I can have on all my devices at the moment and the Rai Solo sounded the best when connected to the Heaven 11 Billie, though much better than the Fiio M9. There is certainly, as with all things, a diminishing return, and the Billie is really overkill for the Rai Solo. Nonetheless, Meze created a beautiful dynamic-sounding IEM with a single driver at a price point that is fairly low for the quality. Something I notice with the Rai Solo is that they have less of that in your head sound than some other In Ears have, there was more dimension to the sound stage than I expected. They were not comparable to over ears but certainly better than many In ears I have heard. The better the sound stage, the better the imaging will be as well as the overall immersion into your music.

I wanted to try these with my Nintendo Switch as well. As with other reviews I like to figure out who a product is best suited for and with wireless IEM’s being very popular, who may opt for a wired option. There is certainly a multitude of reasons to opt for a wired IEM, but with the Switch specifically, you need to. There is no way to connect a Bluetooth headset to the Switch without the use of a third party dongle. Some of which require being plugged into the USB-C jack, meaning no charging at the same time. I played my favorite game, Breath of the Wild for a while using the Rai Solo. Overall I was pleased, if I was traveling and didn’t want to play with no sound at all (don’t be that person playing full volume on the plane) these would be a great option. The game was still fairly immersive and sounded better than the built in speakers. Normally I play on my TV with surround sound so it wasn’t nearly as good as that, but if I am playing it somewhere else, Meze has me covered.

When figuring out what to really compare these to I had to think about what might make sense. I figured the best thing I had on hand was the Apple earbuds. I thought this for a couple of reasons, one most people know what they sound like, and two they are also wired. I thought about using my wife’s JBL’s but they are bluetooth and not as comparable. The Rai Solo is quite the upgrade from the standard Apple Earbuds in every category other than bass. Apple’s buds are very bass heavy, at a cost of muddying up the rest of the range, so it’s not that they are as good but with more bass. As mentioned, the Rai Solo has clarity and detail to spare. Personally, if I had to pick one or the other I will skip the punchy bass. One thing to note though for mobile users is that the Rai Solo has no inline mic, so you will not be using them for phone calls, at least with the included cable. Meze used standard MMCX connectors so if you want to add a mic you can purchase a cable with one.

Included in the Box:

True to Meze style, the Rai Solo is a beautiful sounding and looking headphone with spectacular comfort. The Rai Solo offers premium sound for a less than premium price, much like the 99 Classics. That is not to say they do not have downsides, as with nearly every product you have to make concessions. I am not sure there is a perfect IEM, you usually have to choose the right one based on what you need it to do. When looking at who the Rai Solo would be best suited for, Roger and I discussed the pros and cons of these IEM’s. I think one of the more obvious features you have to consider is whether you want wireless or wired. I personally prefer wired headphones for a couple of reasons, one being sound quality. Bluetooth has limited bitrate playback. I also don’t need another device I have to remember to charge, though for some listeners this isn’t a concern. A less obvious factor is fit, some IEM’s may look like they will fit well but turn out to be uncomfortable. I can tell you how comfortable the Rai Solo is for my ear shape but we are all different, granted most people’s ear shape is similar but not quite enough for me to guarantee you will like them. Last let’s talk about sound, if you have a single or solo driver, you tend to have a headphone that does either higher or lower frequencies better. This is why Beats by Dre are very bass heavy and roll off on the top, and why the Rai Solo is excellent up top and rolls off towards the low end. This is the reason we see multiple drivers with crossovers in speakers. As mentioned earlier, these have bass, but it is not punching through and upfront. The Rai Solo is best suited for a serious listener that wants to move up from an entry level or included IEM, someone with a focus on detail, clarity, and a focus on the core of the frequency range. If you are a bass head you may not like these as much, just something to keep in mind. If you are in the market for new IEM’s and want great sound and the ability to listen to High Res audio I recommend checking out the Rai Solo.

For information on purchasing a set of Rai Solos for your self check out Meze’s website below.

Meze provided Hifi Chicken with a Pair of Rai Solo IEM’s for review, Meze did not pay in full or part for a review.