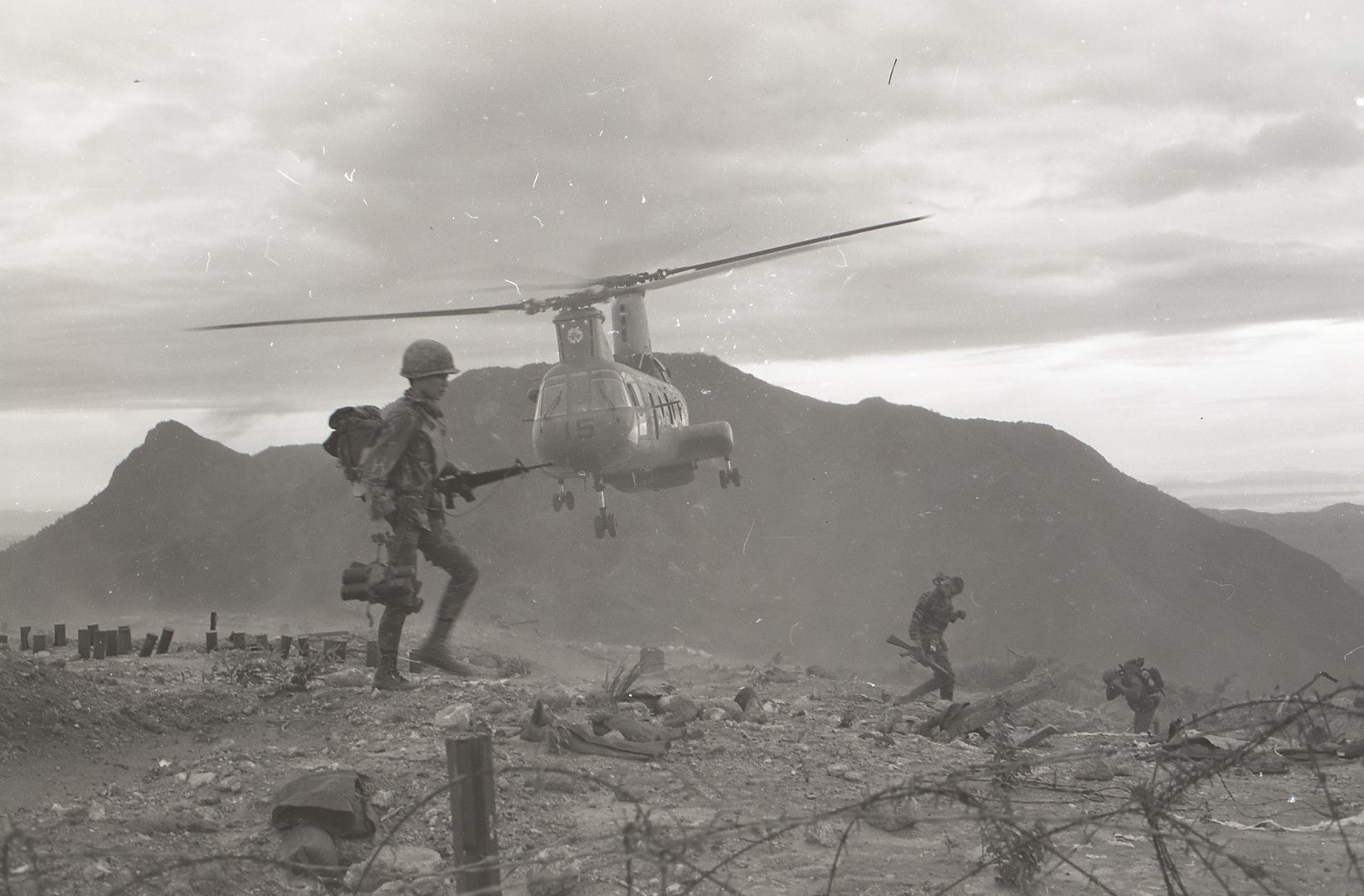 The Industrial Revolution and Music

With the civil war having ended and the Industrial Revolution coming about, came a new protest. The Industrial Revolution was a blessing and a curse in it’s infancy. New jobs were available and due to mass production in the factories many luxuries became affordable. Cars are a prime example. With new power and technology came an ugly side as well. Child labor, unsafe work environments, long hours, payment in the form of company store credit. Some of the first, at least better known songs about this particular revolution were “Give the Working Man a Chance,” “Money is Power,” and “The Anti-Monopoly War Song,”.

Another large political movement happening after the turn of the century was the the Suffragettes fighting for the Women’s Right To Vote. Many of which did engage in actual fighting, they prevailed in 1920 with the addition of the 19th Amendment

Many states, particularly in the West, began granting women full or limited rights to vote in the late nineteenth and early twentieth centuries. This progress gave the movement for nation-wide women’s suffrage renewed vigor. An example of a supportive song about the suffrage movement from a Jewish point of view is provided by Yiddish sheet music published in 1911 for “Damen Rechte” (“Women’s Rights,” translated as “Suffragettes” on the sheet music) by Joseph Rumshinsky and Anshel Shor. The song not only advocates for women’s right to vote, but for equal opportunities in many roles.

In the early 1900’s music was starting to be electronically recorded, as well as broadcast over radio’s that were in almost every house hold. This was a new era for protest music, it could be listened to by the masses. This gave artists a much larger stage and more power to effect change.

One of the most famous time periods for protest music was during the Vietnam War. Much of America at the time was against the United States getting involved and this came through in music.

Phil Ochs, born in 1940, became the most successful male singer-songwriter in the 1964-65 period.  His songs included “Talking Vietnam” (1964), a lampoon of official rationales for the war, “I Ain’t Marchin’ Anymore” (1965), and “Draft Dodger Rag” (1966), a humorous satire on avoiding the draft.  Pete Seeger toured the country, performing antiwar ballads at myriad concerts and festivals.  His songs included “Waist Deep in the Big Muddy” (1962), “If You Love Your Uncle Sam, Bring ‘Em Home” (1966), and “Ballad of the Fort Hood Three” (1966), a homage to three war resisters in the military.  Ochs, Seeger, and other folk singers essentially provided teach-ins on the war.

Around this same time Crosby, Stills and Nash’s song Ohio was popular on the airwaves, which is a song about the students shot at Kent State. At first many stations were hesitant to play antiwar songs, as they could be misconstrued as anti-patriotic, however as the antiwar movement gain mainstream ground more and more antiwar songs made it onto radio. Not all of the antiwar songs of the time were simply against the war, some were written with compassion for the soldiers that were dying in the war, such as Willie Nelson’s “Jimmy’s Road”.

57,939 American Soldiers either died In Vietnam or went Missing in Action, their names are remembered at the Vietnam memorial Wall in Washington D.C.

One of the largest contribution to the protests of the Vietnam War is believed to be that it was the first war that had national televised news from the battle field. Americans at home were not immersed in what war looked like, in an especially brutal war.

One of the more interesting parts of the antiwar movement was this spanned many cultures in America. Most of the movements we have seen in our past have been dominated by a single group of people such as black Americans, women, LGBTQ, and others. The antiwar movement we saw, have members with nearly every background in the country.

At the same time that the America Was sending Marines to Vietnam we had a different conflict at home. The 1960’s saw the beginning of the Civil Rights Movement. While black Americans were freed after the Civil War, they still lacked many of the rights that white Americans had, one of which women (white) had earned in 1920, the right to vote. There were a lot of people that played a key role in getting rights extended to black Americans, most of us know them as Martin Luther King Jr, Rosa Parks, and Malcolm X to name a few. But who was writing the sound track of the time?
Some of the more popularly known artists are Nina Simone who recorded “I Wish I Knew (How It Would Feel to Be Free) “, another popular artist Grant Green’s song “Selma March” is a Jazz piece celebrating the triumph of the 4 day march that led to Lyndon B. Johnson signing the Civil Rights Act of 1964 into effect.

Then Later in 1965 the Voting Rights Act was signed into legislation allowing black Americans to vote. This was an that was happening at state and local levels in various places. With this act in effect, all Americans now had the right to vote and control the political landscape.

The voting rights bill was passed in the U.S. Senate by a 77-19 vote on May 26, 1965. After debating the bill for more than a month, the U.S. House of Representatives passed the bill by a vote of 333-85 on July 9.
Johnson signed the Voting Rights Act into law on August 6, 1965, with Martin Luther King Jr. and other civil rights leaders present at the ceremony.

In 1988, one of the most famous songs to come out in the 1980’s was N.W.A.’s “Fuck tha Police” on their Straight Outta Compton album released in 1988. This famous protest song was released in a response to harassment by the Torrance Police Department. The song was meant as a protest to police brutality. To this day it remains at the top for many as a memorable and effective protest song.

Much like other minority group through out history the LGBT community has and continues to fight for equal rights. While the movement for rights has been going on for centuries in many places, the first time LGBT rights started to gain real traction in the United States was in the mid to late 1900’s. In the 70’s things really started ramping up, Harvey Milk became the first openly gay man to hold public office in the United States. Around the same time Activists in Miami were able to pass a Civil Rights Ordinance that made discrimination based on sexual preference illegal in Dade County, This saw opposition lead by Singer Anita Bryant. 70% of Dade County voters ended up repealing the law.

Like other rights movements, the LGBT Rights led to many songs being produced to be come the soundtrack of the era.
Popular songs include Donna Summers “I feel Love”, Village People’s “YMCA”, Queen’s “Don’t Stop Me Now”, Diana Ross’s “i’m Coming Out” and many more. A crucial part to any movement’s success is getting mainstream and media support for the arts of that community. When people that may oppose a political movement are finding themselves enjoying parts of the culture and connecting with it in some way it goes far towards support.

Later in the 80’s and 90’s came an anti establishment movement. The movement was a fight against the machine and corporate lifestyles. These musicians were not going to get a job at some Forbe’s 500 company. It’s all about the little guy, the individual. This era bread Punk Rock, and so many artists came into that scene. We had Dead Kennedys, Bad Religion, Social Distortion, and the very on the nose band Rage Against the Machine

Rage Against the Machine is most well known for the track “Killing in the Name of”, a song comparing the police to members of the KKK after police were not charged in the brutality case of Rodney King.

A far less intense punk band of there era and still famous today is Green Day. Though we will discuss them more in section 3 as one of their biggest protest hits “American Idiot” debuted in 2004.

A lot of different groups in America began taking the fight for their own rights to the doorstep of the politicians. Music was a powerful media format to help them in their individual fights, and many of these songs are still used in protests today. I know there are things we missed, after all covering all the political music of a century is a tall order. If there are any songs or artists that stand out to you that we didn’t mention feel free to leave us a comment.