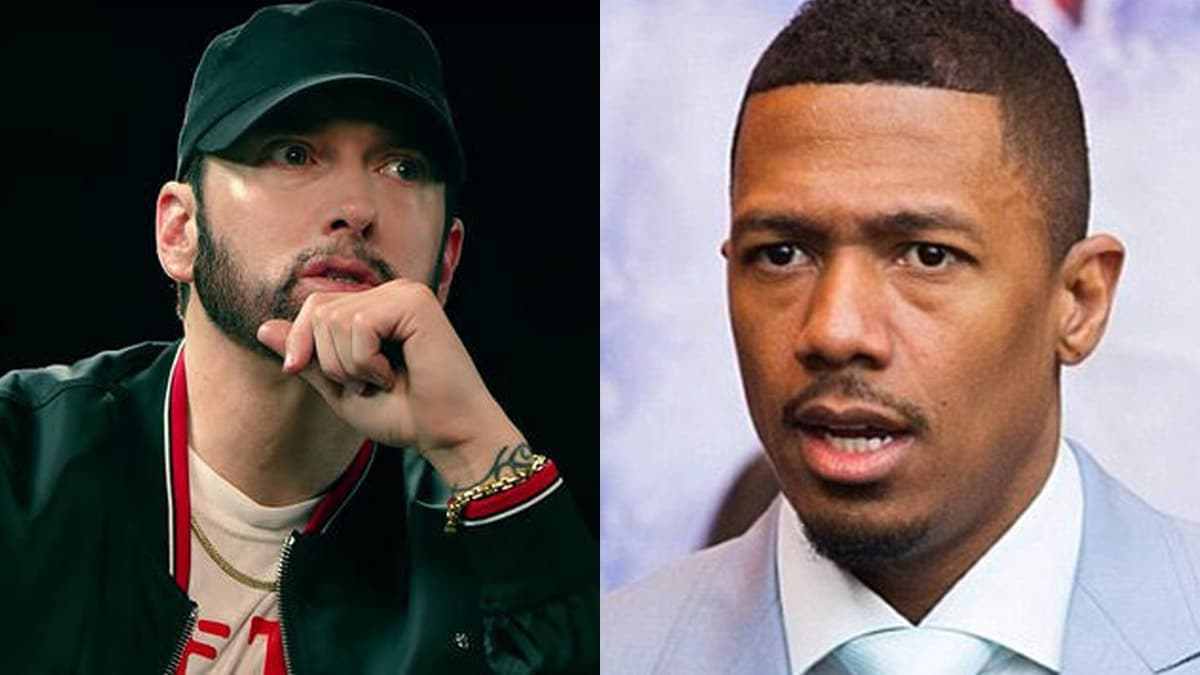 Unless you’ve been under a rock this past week then you’ve surely heard about the beef going on between Eminem and Nick Cannon. Here at HiFi Chicken we are fully committed to delivering to you all of the inside details going on with this rap beef.

Standing in the red corner weighing in at 149.91 pounds and 5′ 8″ from Detroit, Michigan… It’s the 8-mile kid, the one white rapper everyone knows, the lead singer of D-12, its Eminem

And in the blue corner…

Weighing in at 171.96 pounds and 6′ 0″, he’s the nickelodeon superstar, the star of the hit show Wild ‘n Out, and former lead member of “Da G4 Dope Bomb Squad”, its Nick Cannon

Round 1. Eminem drops diss on Fat Joe’s new song “Lord Above.”… “I know me and Mariah didn’t end on a high note/But that other dude’s whipped-that p—y got him neutered,” Eminem raps. “Tried to tell him this chick’s a nut job before he got his jewels clipped/Almost got my caboose kicked/Fool, quit/You not gonna do s–t /I let her chop my balls off too before I lose to you, Nick.” The Judges score this as a solid blow 8/10

Round 2. Cannon clapped back on his Power 106 radio show… “We should change his name from Eminem to Percocet,” he said, referencing Marshall Mathers’ age. “What’s the pill old people use? We are going to call him Cialis. Bring your walker, get out your wheelchair Eminem and pop whatever you want to pop.” The judges also see this as a solid counter with a score of 7/10

Round 3. Cannon now get the courage to drop a diss track of his own, called “The Invitation,” calling out Eminem’s daughter Hailie looking to join the club with Ja Rule and Machine Gun Criminal Rapper Kelly. HiFi Chicken gives the diss track a solid 6/10.

Round. 4 In the great words of Aubrey Drake Graham trigger fingers turned to twitter fingers and Eminem takes to social media to call out Cannon quite sarcastically… “I demand an apology Nicholas, you’ve made my gardener so jealous!” Solid jab EM, but not quite a counter punch… judges give this one a 4/10

Round 5. Cannon Drops another diss that he should not even get credit for because he was only in half of it titled “Pray For Him.” Do to the fact that he was barely a feature in his own diss track, the judges score this one a 3/10 due to the fact that he did have a few solid bars. Most notably where he stated… “Used to be the king of the world, ludicrous, lucrative lyrics, Now all you do is just growl Like you got Tourettes and hysterics Maybe it’s your mommy issues”

Currently the score sits at EM- 12 and Cannon- 16. What do you think? Do you think Eminem is gearing up to clapback at Nick? We will continue to follow this beef closely and update the scores as new punches are thrown between these two. Meanwhile Mariah Carey is somewhere hiding her face in shame…

One thought on “Why Cant We be Friends?”